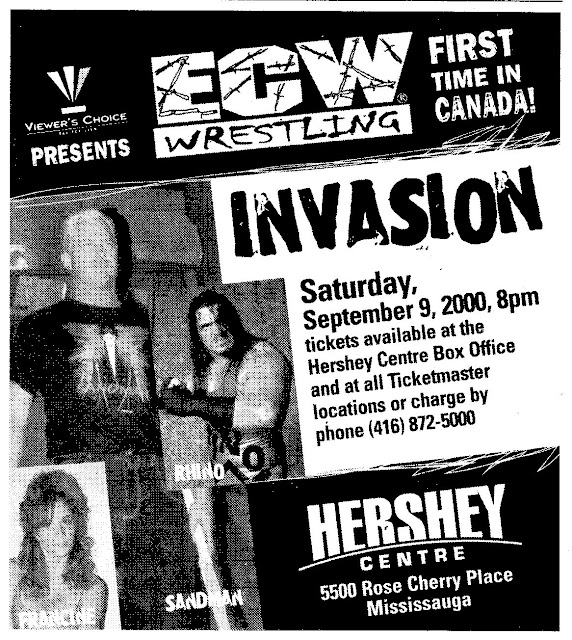 for the info on the matches,
Thanks to:
http://savatage.com/wrest/usa/ecwfc.html


ECW receives a roar of approval  By BOB KAPUR -- For SLAM! Wrestling

With a friend, we attended the first (and last) visit by the original ECW organization.
The ticket for general admission cost $32.25 (Canadian!) +, plus the service charge+tax. 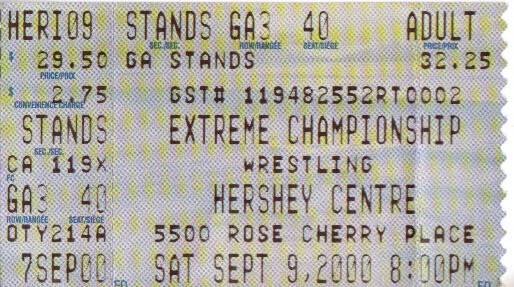 Until I finally got to watch this recently (and I have been wanting to see it pretty bad for over 15 years!), I forgot how packed the place was back then, as even Americans traveled up here, to witness it.

The video is filmed by one of the men standing around the wrestling ring, and there are choppy edits between wrestlers' entrances and matches.

I was told  2 weeks later, a mutual friend The Beast From the East (no, not the real Bam Bam Bigelow, but the dude's nickname / IRC chat handle),
that only ONE match was televised on the ECW on TNN broadcast the next week.
https://en.wikipedia.org/wiki/ECW_on_TNN

Thanks to original uploader.

Get it and Enjoy

I have some photos too, but they are not handy right now.
Plus, I need to make sure I have permission by the dude who snapped them.
and
here's a snapshot using VLC Player...
. if I had the actual dvd, could get a much clearer screenshot.
Undecided f I will buy a copy. 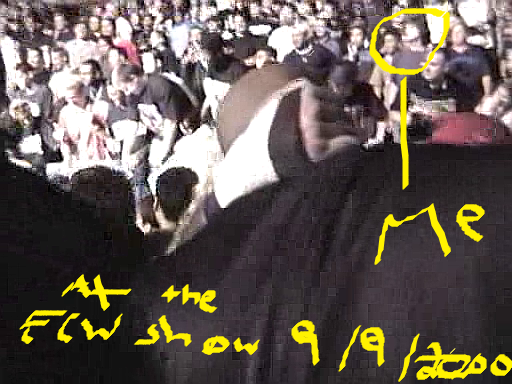