TWO SUNS in the sky. 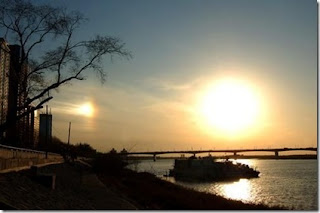 
I don't know about any of you, but every now and then, for at least 1 or 2 years, there appears TWO SUNS in the sky.

For a very long time, I didn't care and forgot about it as soon as I was inside, or thought the fainter image in the sky was a reflection of the moon.

Now I see videos that say that "Planet X" also known as "Nebiru" is reaching closer to our planet Earth.
I have heard that story since the late 1990s, and why should I believe that, when nobody including NASA will even show us clear videos/photos of the moon's surface, which is a lot closer?

Whatever is happening, it is being ignored by most people.
at 1:57 AM