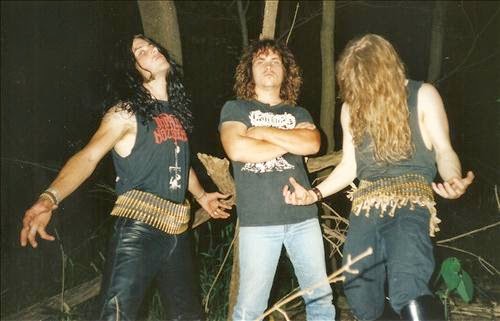 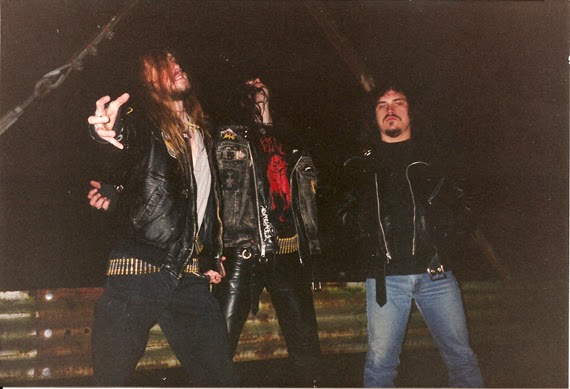 ORDER FROM CHAOS "FROZEN IN STEEL" 12 x LP Boxset
http://www.nwnprod.com/forum/viewtopic.php?t=44310
I remember reading something about these guys in the late 1990s or early 2000s in a fanzine interview. If they were in any zines in the 1980s, I just don't remember.

It was only in the past year or two, I started wondering more about them, especially after guitarist Nonoy of PAGANFIRE said they were one of his fave bands.
Downloaded some demos, (you can join the ex-LOCKJAW guys/current Strappado blog members' forum at http://heavymetalrarities.com/forum/viewtopic.php?f=53&t=14738 and download if curious).

Pretty good raging metal.
I wish I heard these guys sooner, but I blame the underground metal scene overall for this.
The reason is explained in a good interview here -
http://beatroute.ca/2014/11/04/everything-new-under-the-sun-order-from-chaos/

Chuck Keller:  .............
But by the same token, one of the reason why no one really cared, because well, back in the day, no one did care about OST. Nobody cared about us. We didn’t do blast beats, we weren’t extreme in that archetypal sense, we were just a good solid… we thought we were descending from Celtic Frost, Voivod, and Sodom, we thought we were the next generation of that. And obviously, the greater scene had moved on from that, and we sort of got buried, so to speak.

That's right!
In the late 1980s/early 1990s up until now in 2014,  many fans/bands started the trend of wanting to have fast blasting double-bass drums and sounding like a jackhammer ALL the time. Blah, it is NOT good all the time in my opinion, and glad that OFC were never part of the trend and kept their integrity.

anyways,
if you have plenty of cash, approx. around $200 or $300, then stay online before November 23rd and wait and refresh the page a lot, click immediately to buy
and be sure of WHICH SHIPPING OPTION you want.
Check New Products
http://www.nwnprod.com/shop/index.php?main_page=products_new&zenid=a65e9180d3a98837dfb951fcb6a26cb1
or
NWN Releases
http://www.nwnprod.com/shop/index.php?main_page=index&cPath=28&zenid=a65e9180d3a98837dfb951fcb6a26cb1

There will be TWO versions of vinyl -
Regular,
and
the Diehard Version (including extra recordings).

The  Digital version - which is the Regular vinyl recordings on CD's, also will have  a DVD.

The DVD will NOT be included with the DieHard vinyl.

I bet this will sell out instantly, and then the typical outrageous prices on eBay will follow from the price gougers.... 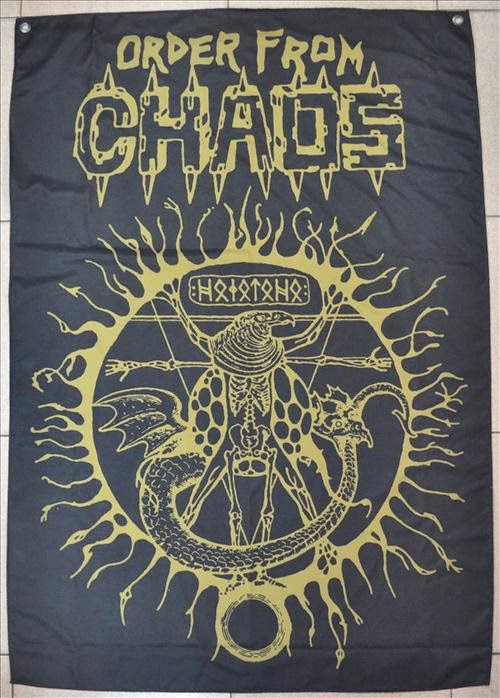 the flag that will be included in the DieHard version
at 4:19 AM No comments:

Nineteen Eighty-Four is a British television adaptation of the novel of the same name by George Orwell, originally broadcast on BBC Television in December 1954. The production proved to be hugely controversial, with questions asked in Parliament and many viewer complaints over its supposed subversive nature and horrific content. In a 2000 poll of industry experts conducted by the British Film Institute to determine the 100 Greatest British Television Programmes of the 20th century, Nineteen Eighty-Four was ranked in seventy-third position.
http://youtu.be/fYBbvj8NKx8
Thanks to voxtelum for uploading.
at 4:12 AM No comments:

Watch this or you're a fag