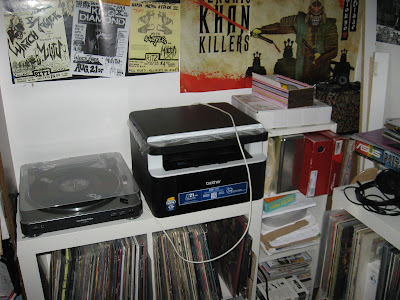 I went out last week and bought a new scanner / printer, a black BROTHER that was on sale for 49 bucks.
I wonder when this "Black Friday" sale madness started in Canada ?

Growing up, MEGADETH's Black Friday is the only one I ever knew about.

recently discovered I enjoy BUSHMILLS IRISH WHISKEY.
It doesn't even need to be mixed, but I am too used to adding ice and cola to whiskey,
(just like with adding juice or Kool-Aid,  to gin or vodka). 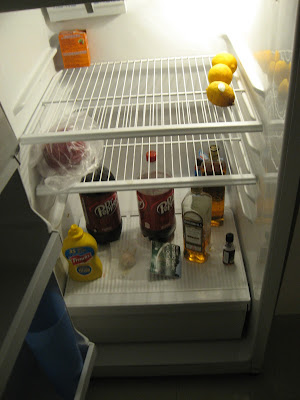 next issue still being worked on -
3 interviews layout done so far, and being slow as maple syrup on transcribing a phone conversation / interview for a fourth.

Waiting months, maybe a year if I was not too lazy to look it up, for other interviews to be mailed back... maybe will think of some others to do in the meantime.

Hopefully this next one is going to get distributed, but without accepting paid advertisements to help fund the xeroxing and doing this on a bare bones / cut n paste budget, I ain't getting streesed about it.

Many days I think about pulling out the internet connection as I have all I want, and can mail order from the few distros / record companies that work hard as if the 1980s never ended.

If it was not so easy and cheaper to buy large amounts of records / zines / etc through online purchases, and if some stores accepted credit cards, then it would make it even more appealing to go offline.

The MAIN reason now is just to watch tv shows and movies since the public library have messed with my account and demand more personal information, which they won't get. Not from me anyways.

Besides a few reviews I know of in printed zines like Defiance Of Gothic Nirvana by Jeremy Bequette, here is a more recent one online by the politically incorrect Mourning the Ancient website.

and last,
not many send promo material to me, but that is ok, as I could be deluged with a lot of crap, just like is sent to me at other blogs / email addresses.
BUT IF YOU GOT THE GUTS, then mail a tape  / vinyl / cd / zine for possible review.

Reviews will include some PARAGON RECORDS material I bought, and other stuff they sent in.
They are currently having another sale, so check that out.

Monday, 30 November 2015
Since our November sale did so well, we will not only continue it but, make it better with a 3rd deal!!!
December 1st through New Year!
Three of the best deals you won't find anywhere else!!!
1. Choose any 10 items marked from $3-5 for $25!!! Multiples welcome!
2. Select list deeply discounted to 50% off Org. price!!! Unlimited quantity
3. And for you old school fossils like myself, Any 10 cassettes marked $3 only $15!!! Unlimited quantity. YOU WILL FIND ALMOST ALL $3 CASSETTES IN THE SALE SECTION! WELL OVER 350 TITLES TO CHOOSE FROM THERE!
all the rules from before still apply so just check the update below this one for any additional info you need.
THANX FOR THE SUPPORT!!!!

I'M GOING TO REGRET THIS